“My kid hates reading!” I’ve heard this complaint voiced a BUNCH of times from a bunch of friends — particularly from fellow moms of boys, where the only thing they’ll read is Captain Underpants — and no matter how much you beg or bribe, the kid resists traditional books for early readers like The Magic Treehouse Series. After a bunch of fits and starts I feel like we have finally found some great books for my reluctant reader, and I thought I’d share my roundup, which admittedly is very heavy on conventionally boy-friendly books. Ladies, if you had kids who hated reading, what were the books that finally got them hooked? In general, what were your kids’ favorite books to read in that age range of 5–7 where they’re not quite ready to read chapter books on their own just yet? 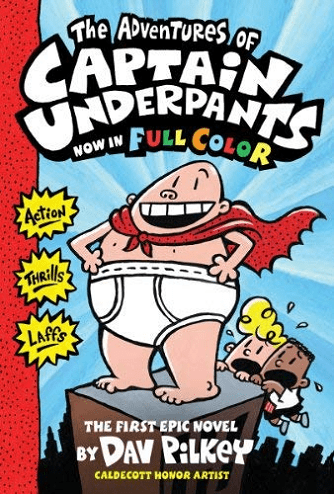 Every boy loves Captain Underpants, and you have to give Dav Pilkey credit — there are a lot of clever names and puns. There are new editions with color pictures that are great. (My one complaint is that the popular movie smooshed the plotlines of like five books together, if memory serves, so if possible you may want to hold off on the movie until after your child is familiar with the stories! Fun fact about the author: he’s spoken at length about his challenges while in grade school, including ADHD and dyslexia, if you have a kiddo with those issues who needs some encouraging role models. Pilkey also authors the DogMan series, which is another good one for early readers. (My kids thought it was creepy, though, so to each his own…) 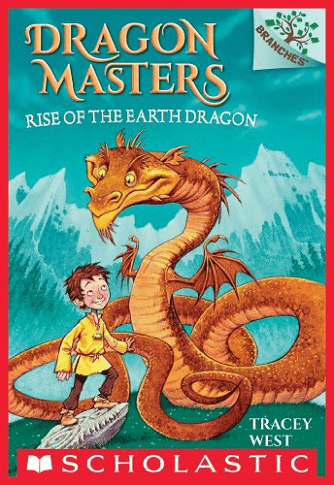 Scholastic has an entire imprint out there for reluctant chapter readers, designed to be a “branch” between picture books and chapter books – the Branches collection. ALL of these books are wonderful — like each book is a chapter or so by itself. I would ask my son to read for 15 minutes, we would set a timer, and… 45 minutes later he would announce DONE! and have finished the book. They go very quickly! Before we returned them to the library, I encouraged him to put all of the books we were returning in one big pile to see how much he had read — and encouraged him to think of them all as one big book that he’d read many chapters on. Some of his favorites are Dragon Masters, The Fire Hawk, and Eerie Elementary, but they have a ton of others. 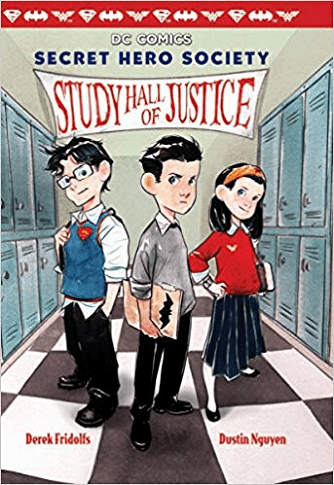 DC Comics is a series of graphic novels is a great resource if you have a kiddo in love with Batman, Spiderman, or Wonderwoman — it’s DC Comics set in middle school. Along similar lines is the Jedi Academy series — graphic novels in the Star Wars universe where the main character, Roan “is mysteriously denied entrance to Pilot School, he is invited to attend Jedi Academy — a school that he didn’t apply to and only recruits children when they are just a few years old.” 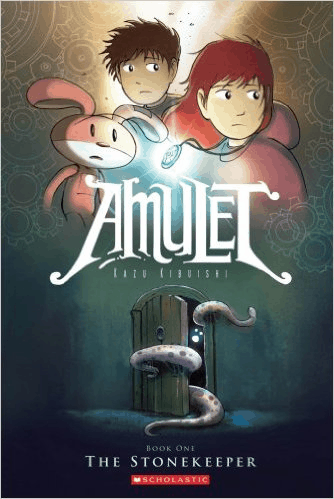 The Amulet was one of the very first books my eldest son finished by himself — he really gobbled it up. There are eight books in the series currently — from Amazon’s description of the first book:

On their very first night in the strange house, Emily and Navin’s mom is kidnapped by a tentacled creature. Determined to rescue her, Emily and Navin are led into a world of robots, talking animals, flying ships, new allies . . . and enemies. There, Emily learns that she is a Stonekeeper and essential to the survival of this world, and that her incredible story is only just beginning.

I love that some of the other Amazon reviewers note that this is a great book for kids who hate reading, also! 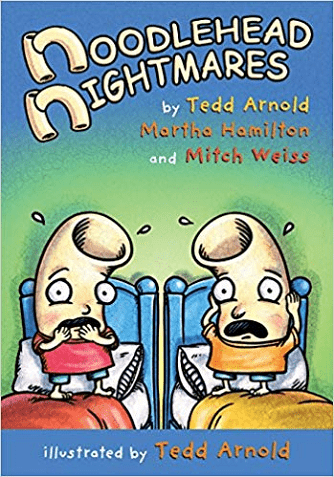 These graphic novels are about some empty-headed guys (get it?) and, as Amazon describes it, the series “is perfect for comic fans and reluctant readers, with short, funny chapters following Mac and Mac through ridiculous adventures. Full of wordplay, jokes, and slapstick humor, the Noodlehead series is sure to delight.”  This is the same illustrator from the Fly Guy series, which is another book my kids could not get into.

Next Steps (Once Your Kid is Ready for Chapter Books)

Ladies, if you had kids who hated reading, what were the books that finally got them hooked? In general, what were your kids’ favorite books to read in that age range of 5-7 where they’re not quite ready to read chapter books on their own just yet?