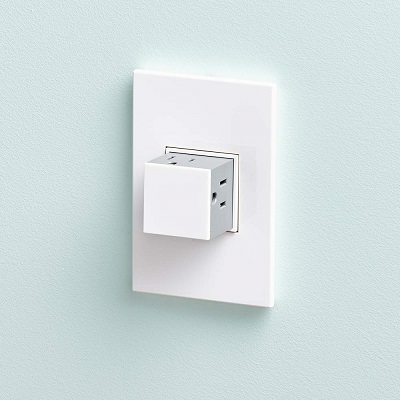 Chalk this pick up in the category of “Things I Never Thought About Until I Was An Adult”: outlet plates. Unless you’re house hunting, building something from scratch, or renovating, you’d be surprised at how far outlet plates have come! There are ones with built-in nightlights and ones with built-in USB ports, but these are the coolest I’ve seen. The outlet stays flush against the wall until you need to plug something in, then when you press it, it pops out and gives you three outlets to use. Am I the only one excited about this? It’s nice looking, childproof, and described as easy to install, and it’s $47.98 at Amazon. Pop-Out Outlet