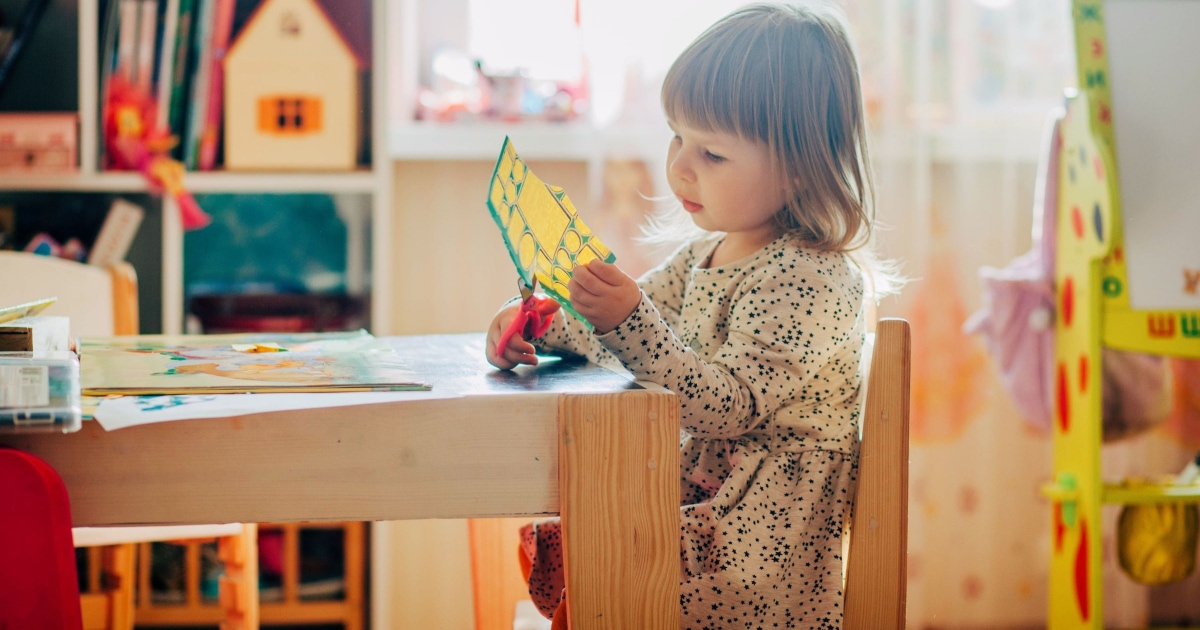 I’ve been on a hunt for low-supervision activities to keep kids busy while I’m working — you know, the kinds of things that hold their attention for longer than half a second; don’t require hours of instructions-reading, steps, or a ton of set up/clean up/take down; and aren’t stabbings in the making. For example, knitting: I had visions of my son happily knitting for hours… and hours… and hours. Not screen time! Sure, make a Minecraft blanket, how creative! Gee, you’ve been so QUIET all day, darling! Then I had visions of him stabbing his brother with the knitting needle and thought… hmmn, let’s see what else we can find. We are NOT big crafting people — in fact, the messier an activity is or the more complicated it is, the higher the odds are they want to play with it — so it’s been a journey. I thought I would share some of our adventures! Have you found a great low-supervision activity to keep kids busy while you’re working (other than screentime)? Do tell… 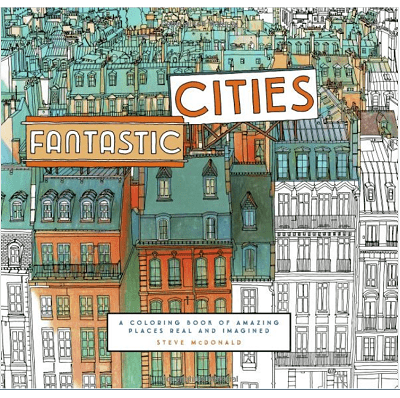 In theory, these would be great, but there’s a bit of divide between my kids — my younger son, who just turned 6, is still into coloring, thank goodness; meanwhile, my 8-year-old isn’t at all. The pros: They’re low mess, aside from having to clean up the colored pencils, and low supervision, aside from the fact that my 8-year-old feels the need to grind all pencils to a tiny stub. Alas, he wasn’t into the kid version or the grown-up one I tried to foist on him. (But I really like them for helping your kids manage anxiety!) 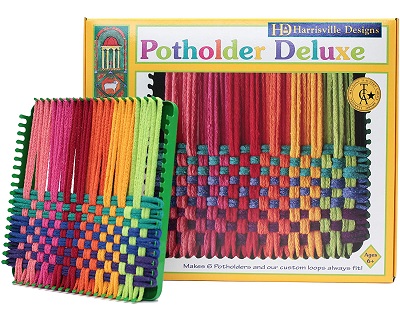 I remember doing these as a kid! They are fun! I was rubbing my hands together as I ordered these, envisioning a surplus of potholders to come. When the box arrived, it was filled with tons of tiny cotton loops — not shedding, so A+, but not super high quality. Still, OK! Let’s do this! I told my older son he could use whatever colors he wanted, and send them to both grandmas, and his uncle! My guy groaned as soon as he saw them, declared them “stupid,” and then when I tried to get him to do just one, he got frustrated trying to thread the loom with the wire thingy and stomped upstairs. The big wire loom could be used as a weapon, but it isn’t shaped like a sword at all, so it didn’t seem to ignite any “let’s murder my brother” thoughts in either kid’s head.

Low Supervision: (after getting him started on it) 3/5

Kid Grade: 1/5 (my eldest is a curmudgeon so you may be sensing a trend…) 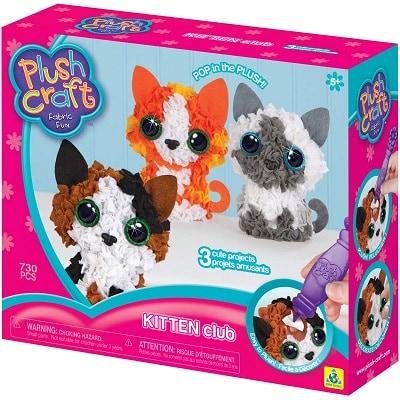 I may have seen an Instagram ad or something for these — I read a lot of historical fiction, so the idea of embroidery was a plus, and without a needle (but with punching! something my kid would enjoy!) sounded promising. I ordered a set of punch embroidery kittens from Amazon (hoping I could entice my older son to make a toy kitten for his grandmother, who has many cats). The kit included three forms — they’re not styrofoam (not crumbly) and not quite squish forms, but somewhere in between. It also included tons of tiny fabric squares, which if lost would be a pain for future attempts at making kittens, but not a huge disaster if they were to fall on the floor. My guy took one look at it, whined that it would take WAY too long, and stomped off. Whee! I did one just to show him how long it took, and it was about 30–45 minutes — not that bad for a single project, but not a ton of space for creativity because you really did have to follow the instructions pretty carefully. Not bad for grown-ups seeking stress relief, though — I’ve only done this one kitten kit, but this Etsy seller looks like they have a lot of fun stuff for adults.

Low Supervision: (after getting him started on it) 2/5 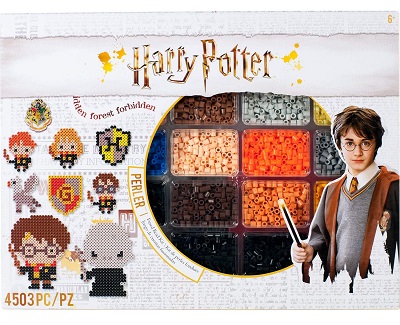 I don’t know why I thought these would be low supervision… there are hundreds and hundreds of teensy tiny beads, which have to be placed very carefully on a small mat — and then you have to get out your iron to melt them. (This entailed FINDING my iron, which I honestly don’t think I’d used since I got it as a wedding present.) We got a divided package with Harry Potter-themed patterns, and my older son made exactly one (the Slytherin crest) and then… stomped off. He seemed amenable to more later on, but again, it kind of required a cleared kitchen table, sustained supervision because of the tiny beads (definitely not something he could set down and pick up again to do a little bit each day), and then ironing. But it did have possibilities for future creativity, I guess, so yay?

Low Supervision: (after getting him started on it) 1/5 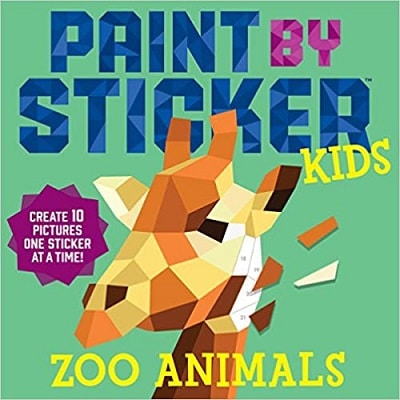 I got a Crayola sticker set on Zulily that I can’t find anywhere else, but I believe I got the idea from April’s post on stickers for kids. My older son wasn’t interested in the Crayola one we have, but this was the right speed for my 6-year-old, who had fun matching the shapes and putting the stickers down to create a scene. I do have to sit and help him find the stickers needed for each page (the Crayola book is set up so all the stickers are in the front of the book, and all of the “scenes” are in the back of the book), and it does require a pretty big space for me to put the stickers in a way that he can pick them up (not the entire kitchen table, but it wouldn’t be ideal for, say, a restaurant activity to keep kids busy). It does turn out that there’s a huge selection of similar products, though, so lots of possibilities.

We’re still on the hunt. Readers, have you found great low-supervision activities to keep kids busy while you’re working? Do tell…