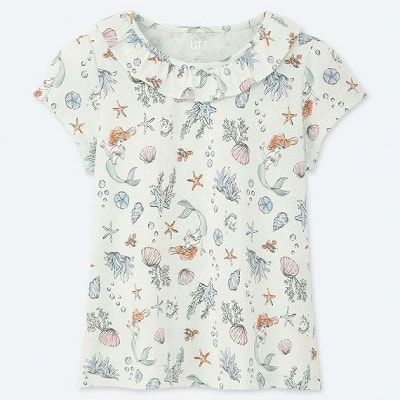 Uniqlo has this line of “Disney Heroines” graphic tees that are cute. First of all, I like the language re-frame from Disney Princesses to Heroines. Very necessary. I like how some of the shirts have a ruffle around the collar and some have flutter sleeves. My personal favorite is the Little Mermaid-themed one, as it holds a special place in my heart as my favorite movie from the “Disney Renaissance.” These shirts are $9.90 and available in several sizes and designs. Disney Heroines Graphic Tees

« How to Survive a Road Trip with Kids
News Roundup »

« How to Survive a Road Trip with Kids
News Roundup »