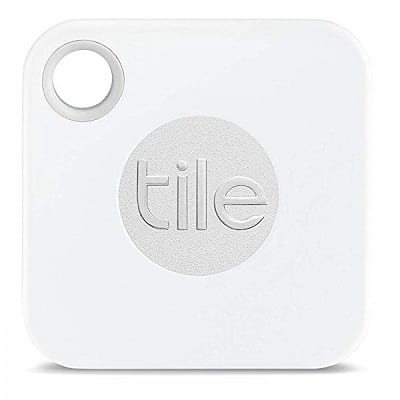 Tired of getting my panicked calls at work asking where my car keys are, my husband bought me a Tile. This little gadget attaches to whatever you often misplace — car keys, for example — and connects to your phone with the Tile app via Bluetooth. Here’s how it works in practice: You finally have the baby bundled up and ready to head out the door. You are confident you’ve packed everything in his bag for daycare, you have your own bag, and you even packed your lunch! Then you realize you haven’t seen your car keys since Friday night and it’s now Monday morning, and your memory doesn’t go that far back. You call your husband, and he asks you if you used the Tile. You frantically/angrily/regretfully hang up on him and open the app, and you hear the beeping tone from somewhere in your house. Success! If that sounds even vaguely familiar to you, I suggest you check out this gadget. It is $19.99 at Amazon and is eligible for Prime. Tile Mate

« Washable Workwear Wednesday: Ruffled Blouse
How to Connect With Your Partner on Valentine’s Day: Three Moms Share Their Traditions »

« Washable Workwear Wednesday: Ruffled Blouse
How to Connect With Your Partner on Valentine’s Day: Three Moms Share Their Traditions »