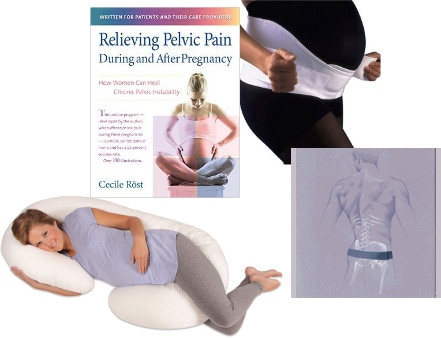 When I was pregnant with my first child, I began experiencing pelvic pain at 28 weeks that seemed to defy Googling, so I thought I’d write up a bit about the pelvic pain (sometimes called PGP pain or SPD pain or even PPGP pain) I experienced, in case it’s of help to other women pregnant women. With my first son it got really bad because I didn’t do anything to treat it — I remember the SPD pain more than the labor pains with my first son.  With my second son, the pain was FAR more manageable because I was very proactive about managing the pain early on.

Note that I am not a doctor or an expert — this is just one mother’s experience.

When I was pregnant with my eldest son, around week 28, I started to experience something that felt like I’d been kicked in the groin… hard.  I started Googling things like “kicked in the groin pregnant” and “groin pain pregnant” and so forth, finding nothing on point.  My doctor (who turned out to stink in general) was none too helpful. The best way I could describe the pain was that it was pretty “deep” in me — definitely not a pulled thigh muscle or whatnot.  I finally found the term “SPD pain,” for symphysis pubis dysfunction — also sometimes called “pregnancy-related pelvic girdle pain or PPGP,” and that rang the bell — here’s an excerpt from WebMD:

There are several bones and joints that make up your pelvic girdle – the bony arched structure in your hip area that supports your legs – including the symphysis pubis joint, hip joint, coccyx, sacrum and sacroiliac joint. Pain can occur when there is a mechanical problem within these joints – often one joint becomes stiff, causing irritation in the other joints. Discomfort in the pelvic girdle usually occurs in the front or back of the pelvis. This is known as pelvic girdle pain or PGP. It was formerly referred to as symphysis pubis dysfunction or SPD. Because PGP often occurs during pregnancy, it is also referred to as pregnancy-related pelvic girdle pain or PPGP.

My doctor told me she had never heard of it, and didn’t offer any suggestions for treatment.

The pain, which started out as a dull, omnipresent ache, started to get worse.  By week 36, it had different tiers on the pain scale (of 1-10, 10 being the worst) depending on what I was doing:

My doctor, again, was no help — I was already at week 36, she explained.  The baby could come at any minute, and it would take us at least a week or two to get an appointment with a physical therapist.  So we did nothing.  I tried to “be gentle with myself” and stopped walking for exercise, getting to a swimming pool about once a week.

My son arrived at week 42, and fortunately, the SPD pain went away immediately.  My legs, however, felt like jelly — those few last weeks of inactivity had really been a bad idea.  I didn’t trust myself to go out walking with him (either wearing him or in a stroller) — what if I fell, or fainted? It took me months before I felt like myself again.

SPD Pain with My Second Pregnancy

I had heard that the pain would start earlier with baby number two, and so, around week 20 when I started to feel that dull ache, I started to freak out.  It felt like a pain cliff was lurking in my not-too-distant future.  I had switched doctors, and my new one didn’t know too much about SPD pain either, but a) at least I knew what the ailment was called this time, and b) I knew I wanted to be really proactive with it.  After a lot of Googling, as well as seeing an MD who specialized in pregnancy rehab issues (usually postpartum, but she agreed to see me while pregnant), and seeing physical therapists every two weeks, this is what I wound up doing:

With all of these changes, my pain never got above a 4 during my second pregnancy. It probably also helped that I gained much less weight with this pregnancy than with my first (20 pounds versus 35 pounds). (There was the exception of one awful weekend where we traveled to my parents’ house — I blame the fact that I didn’t have any of the ergonomic improvements, wasn’t wearing shoes in their house, was getting into and out of their SUV, and didn’t have the best choice of seating in general.)  Something got out of alignment and was tortuously painful the entire weekend.  I tried sleeping in my belts , but it felt like it was preserving the misalignment.  Fortunately, things popped back into place when I got back home.  The specialist I saw also said that a good PT would be able to work with me if it popped out of alignment again — something about pushing and pulling my legs to help the pubic bone pop back into place.)

Whatever your pain level, try to walk for exercise as long as possible — at the end, my PTs suggested I break them up into smaller but more frequent walks (10-20 minute) if that was all I could do.

I’m glad this is a rare condition, because pregnancy is hard enough without all the extra SPD pain — but on the off chance my story could help some people I thought I’d write out my experience and my tips.