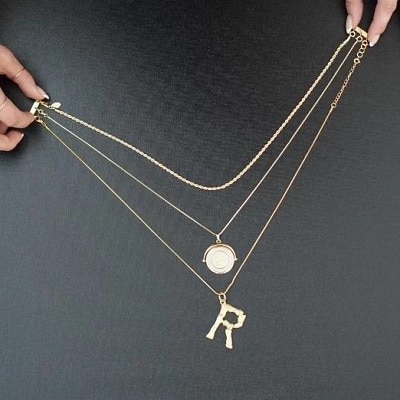 In the recent post over on Corporette where we name our favorite fashion trends, one of mine is delicate gold jewelry. Along those lines, I really like the trend of layering similar but complementary necklaces. When I saw this product come up on my Instagram feed, I thought it was a pretty smart idea. This little gizmo lets you wear three necklaces attached to a single clasp. According to the site, it helps prevent them from getting tangled and spaces them apart nicely for layering. I also like how the single clasp lets you keep them together when you’re not wearing them, so you can wear the same three frequently without having to fasten them all on your neck each time. This product is $39.99 and is available at ShopNecklet.com. The Necklet