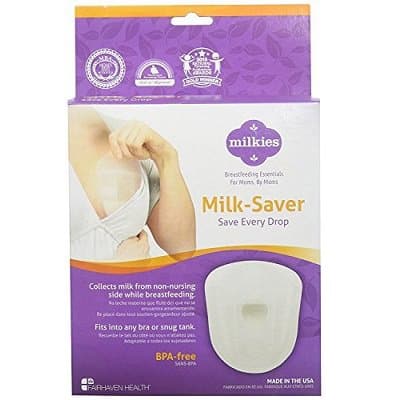 I was recently chatting with a friend who was a nursing champion. She was also my go-to person for baby product advice and open-minded guidance, especially in the early days and even up to now. In our recent convo, she mentioned these, and I thought they were a great idea. She even noted that her sister-in-law can get up to an extra full ounce of milk on the non-nursing side with these. We all know that every drop counts, so why waste any of that? This product is $27.95, eligible for Prime and free returns, and has more than 2,000 positive reviews. Milkies Milk-Saver