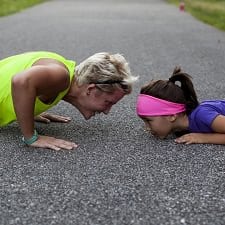 I’ve described my own routines over on Corporette, but I have some additional thoughts on how being a working mom affects my heath and fitness routines:

How about you, guys — what are your best tips for how working moms can get into good health and fitness routines? What are you doing yourself — and what’s been holding you back?