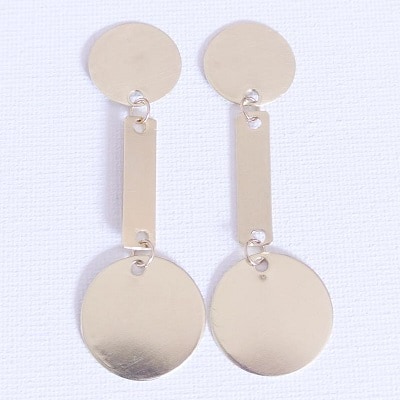 I’ve been doing a lot of shopping on Etsy lately. Etsy sellers were selling masks right when we needed them, which reminded me that I could support small businesses instead of major retailers in many categories. I’ve recently ordered jewelry, masks, and a personalized journal and have been extremely happy with the quality and speed of shipping for all. I’ve had my eye on these earrings and a few more from the Etsy shop thepinklocket. I love these art deco-style earrings, and I think they’re a great balance between statement and everyday. I also have my eye on these, which are a great style if you don’t want something that dangles. The pictured earrings are $50. Gold Statement Disc and Rectangle Shaped Earrings