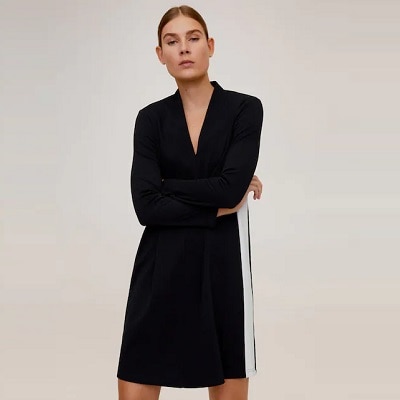 This dress by Mango looks easy to wear and minimalist, and it’s washable! I like the loose all around style, including no waistband (because who needs that right now?). I also like the narrow V-neck that adds some interest to the neckline, and the contrasting bands down the sides look slimming and fashionable. This dress is basically the opposite of what I’ve been living in lately — baggy shorts and colorful graphic t-shirts — and seems like a good kickstart to re-entry into my work wardrobe. It’s $29.99 and available in sizes 2–10. Contrasting Bands Dress