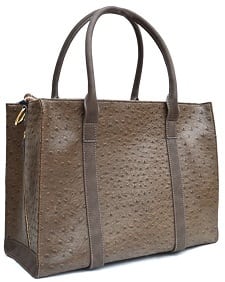 If you’re not a fan of the standard black nylon tote that your pump may have come with, this lovely breast pump tote (in both mushroom, pictured, and black) looks great. I like the texture, the sleek look, and the details like the thermo-insulated pocket, the two included ice packs, and the regular tote details like interior pockets for your cellphone and keys. Lovely. The bag is $185 at Nordstrom. Juno Blu ‘Esalen’ Breast Pump Tote