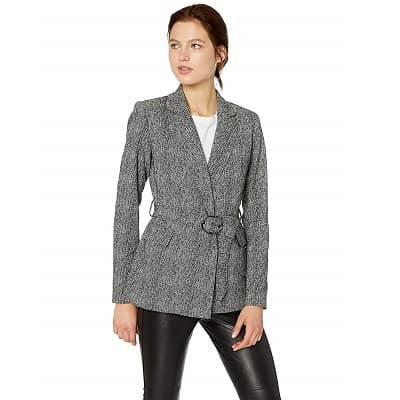 This is a machine washable blazer by Calvin Klein. I would probably wear it as a blazer during the winter and an outer jacket/on its own during the fall, paired with a scarf. I like the grey-and-black herringbone type pattern — it lets me wear a black top with black pants underneath without having to put any more thought into it, or wear a pair of colored pants with it to add some interest. This blazer is $149 at Amazon, is eligible for Prime and free returns, and is available in sizes 2–16. Belted Double Breasted Jacket